In not even three months the CROSSING EUROPE Film Festival in Linz will kick off its 17th edition. From April 21 to 26 2020, CROSSING EUROPE dedicates itself for six days (plus the “bonus day” on April 27) entirely to European film and invites over 150 filmmakers from all over Europe to come to Linz, and give the festival audiences the possibility of entering into a direct exchange with the creatives. As an European cultural event, the festival intends to give a differentiated insight into the here and now in Europe through around 150 fiction and documentary films, and celebrate cinema culture over the course of the week.

An important pillar for the success of the past years of the festival was the long-term connection with various local, national, and international partners. From the very start onward, it was important to CROSSING EUROPE to enter into partnerships with topical connecting points. In regards to this, the following co-operations in 2020 should be mentioned: VALIE EXPORT Center Linz (Tribute 2020: VALIE EXPORT), the school HBLA für künstlerische Gestaltung Linz (YAAAS! Youth Program), our well established location partner, the Upper Austrian Culture Quarter (festival center), the Austrian Film Museum (Spotlight 2020: Mark Jenkin), as well as in regards to sponsoring, our long standing bank sponsor the Bank Austria. - Over the course of the next months, this list will be continually expanded.

At the moment the festival office is concerned entirely with the final selection of films, after months of watching around 900 European films – among which were 150 films by local filmmakers from Upper Austria – the programmatic direction is being set. So much can already be said, this year’s festival edition will take the festival audiences on an enthusiastic virtual trip through Europe with contemporary cinematographic works that could be best described as being “lively, creative, open to world, multi-lingual, critical and diverse”. 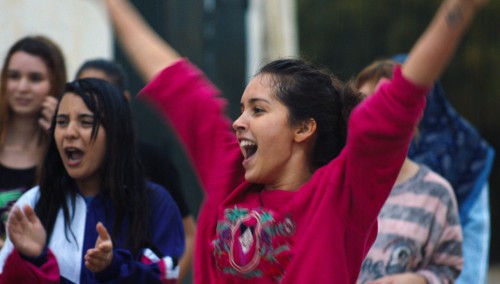