At the YAAAS! Workshoprally on April 28, students had the chance to attend two workshops from 9:00 to 11:30 a.m. and 12:00 to 2:30 p.m. on the topics listed below. The workshops were held in various locations in the center of Linz - this year, the students of each class were again distributed among various workshops.

Participation was free of charge - 12 places were available in each workshop, 5 could be reserved per class. 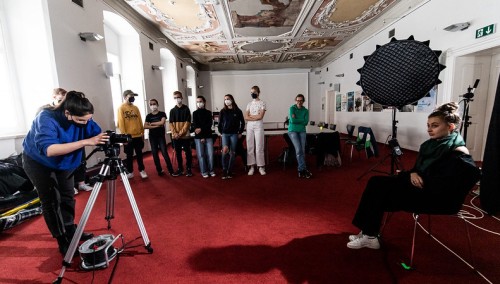 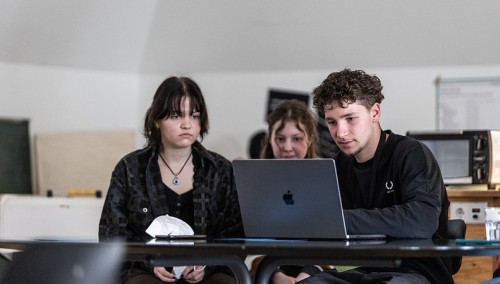 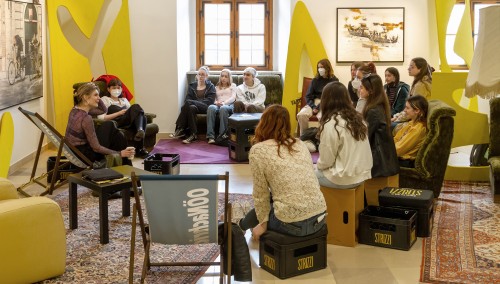 She* is an actor, comedian, nihilistic idealist and Austrian runner-up* in poetry slam 2017. Besides that, she is also very active on the social media channels that our target group at YAAAS! uses: TikTok, Instagram and Youtube. In her workshop, you'll take over our Instagram channel and create a post with her. Insider tips from Elena included, of course!

Elena Wolff was born in Berlin, grew up in Kitzbühel and Vienna and is a successful mix of street credibility and rustic picturesque alpine charm - as she writes on her homepage. Since 2019 she has been living in Vienna as a freelance and extremely successful, strikingly attractive stage artist*. 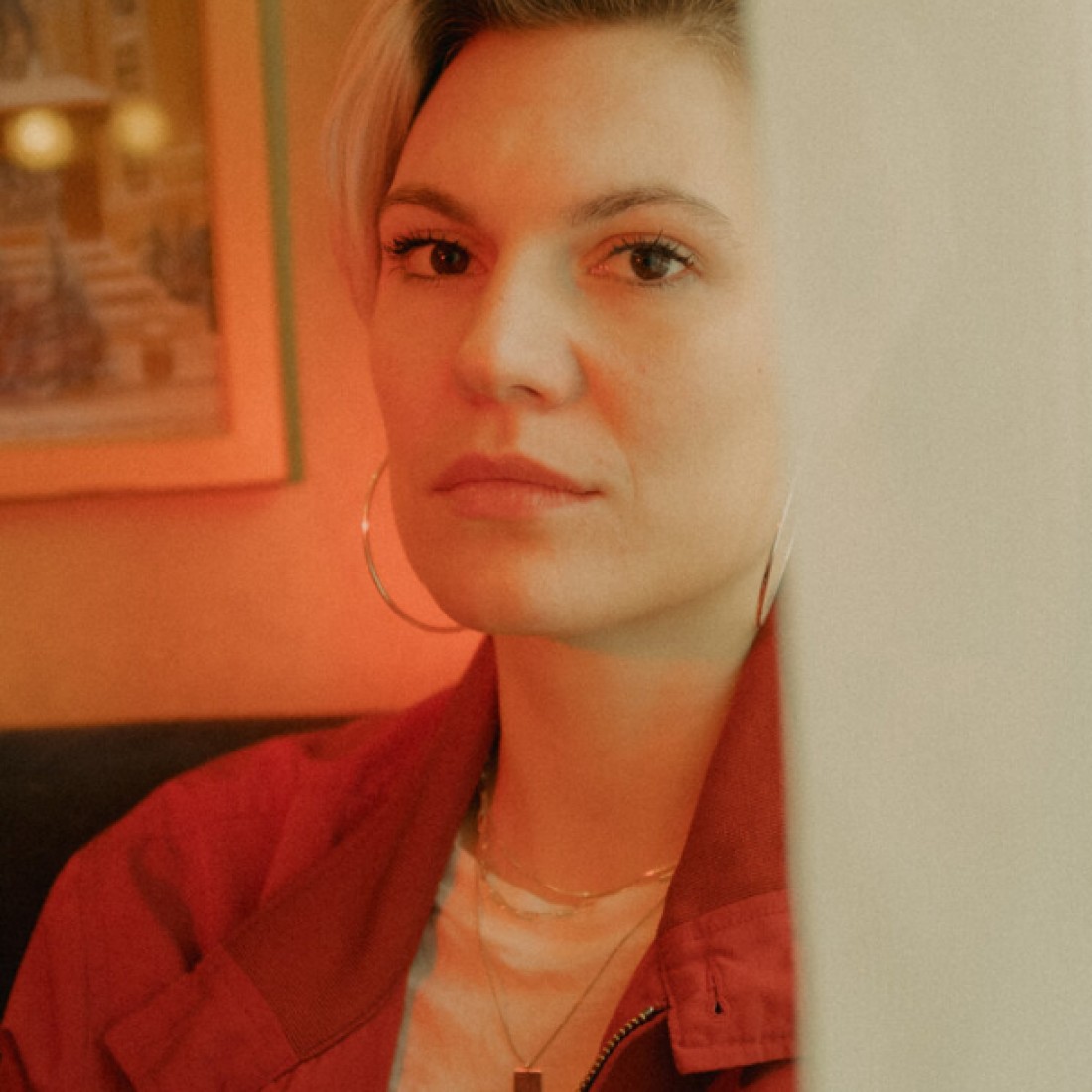 Workshop #2: “Painting with Light – Appearing in Another Light”

In this workshop, the phrase in the title is explored further. The same film scene can transport an entirely different atmosphere when shown “in another light”. Light design is a fundamental part of camera work. How strongly light settings can change the atmosphere of a scene is something that we will take a closer look at through practical examples.

Simone Hart works as an independent camera woman, both in the areas of feature film and documentary, and is currently doing her master’s degree at the Film Academy in Vienna in camera and image. 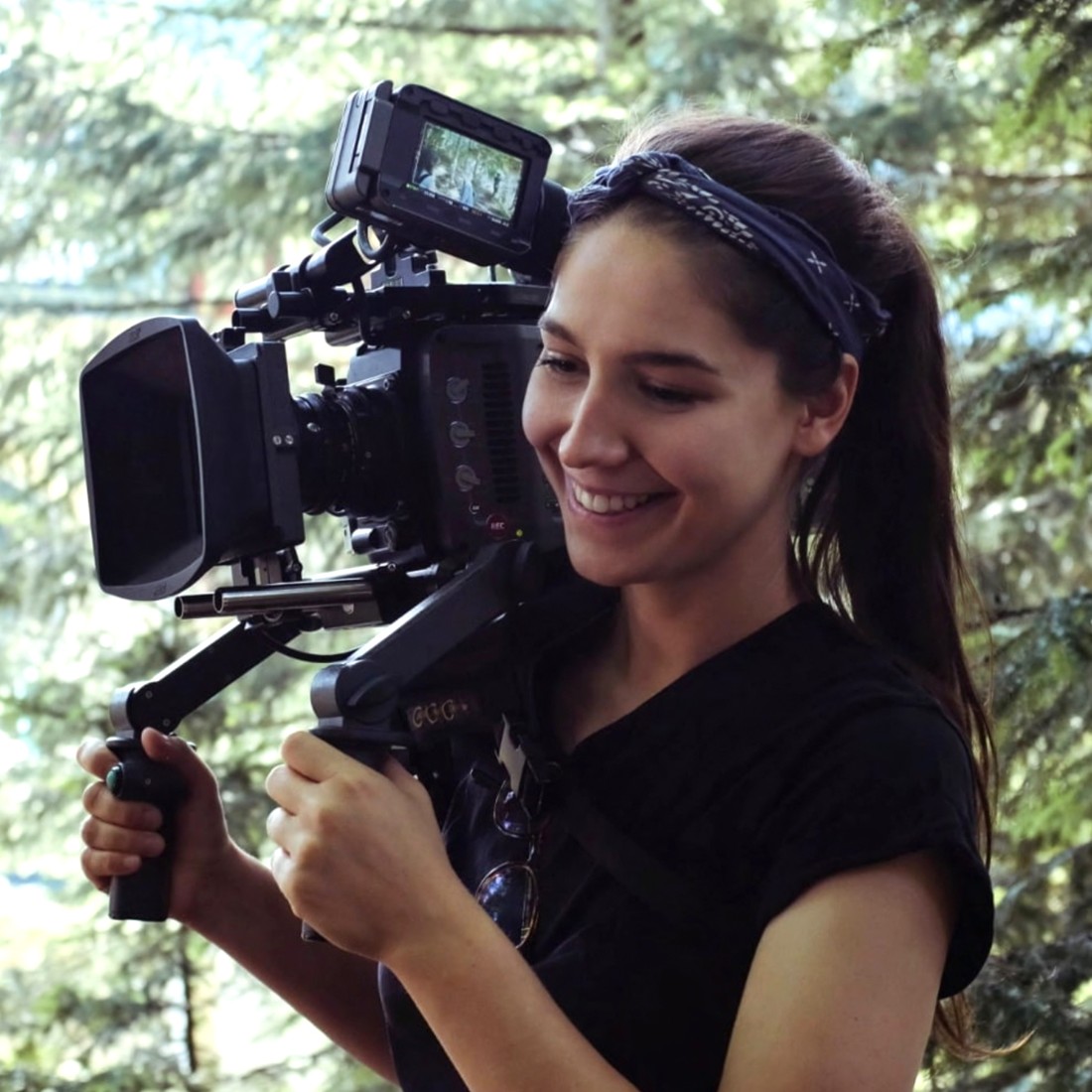 In this workshop, you will be able to explore all the new possibilities that open up to you when using a 360° camera. The workshop instructor Katharina Hollinetz was awarded an honorary mention for her film “Emergency Exit” at the Prix Ars Electronica in 2017. She is currently studying cultural sciences and philosophy at the art university in Linz, as well as social science at the Johannes Kepler Universität, and works at the Ars Electronica Center. 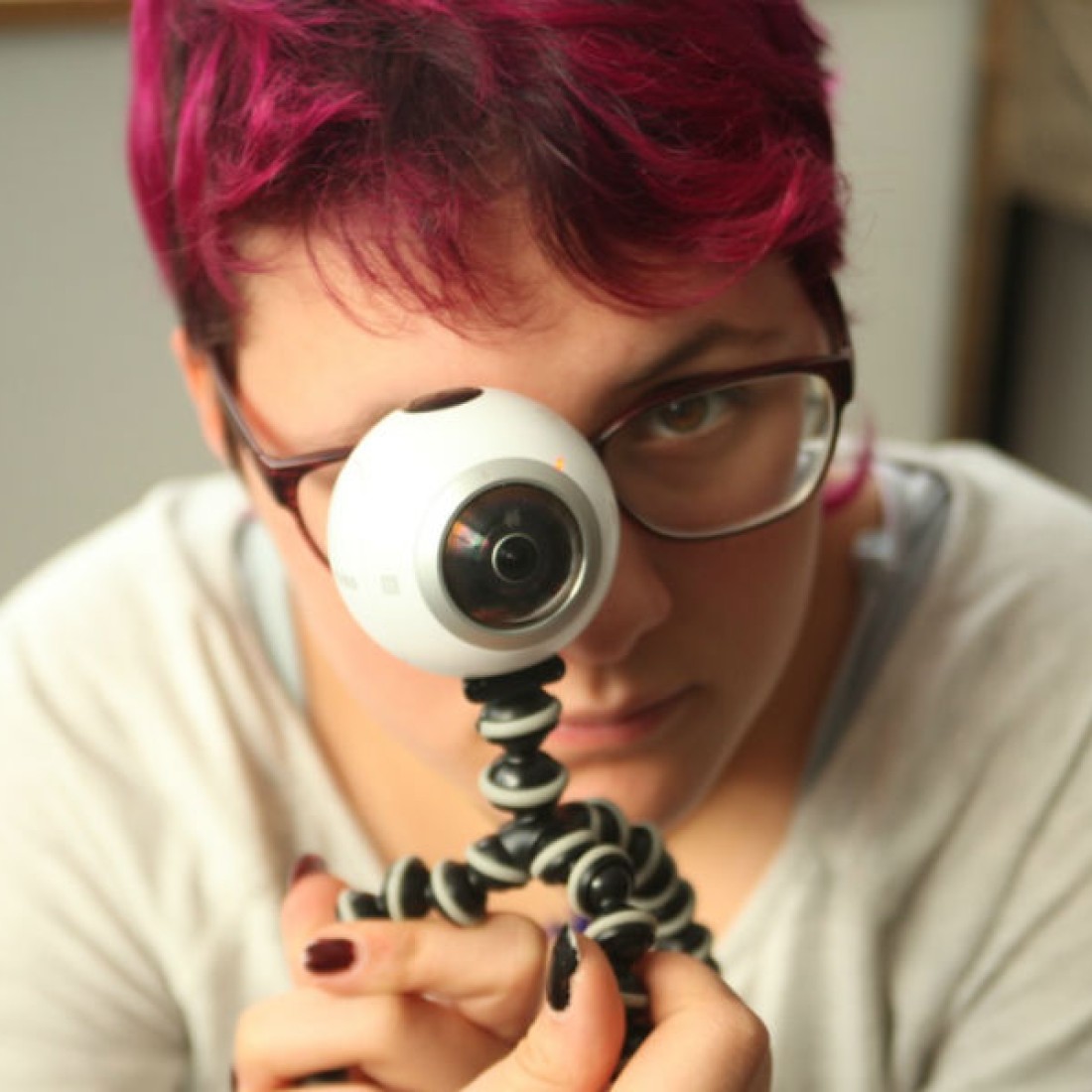 In this workshop images become film. The stop-motion technique Pixilation allows for boundless scope and sets no boundaries for the creative process. A short film can be created within two hours that will hopefully enchant both the creators and the viewers. Of course, the most important things here are the experience of the process and having a good time.

Elias Illig has been working in various areas of the film industry ever since he fell in love with cinema during his time in school, no matter if those are short films, music videos, or advertisements. Currently he is mostly responsible for the light design of film sets at Kaiserlights-GmbH. 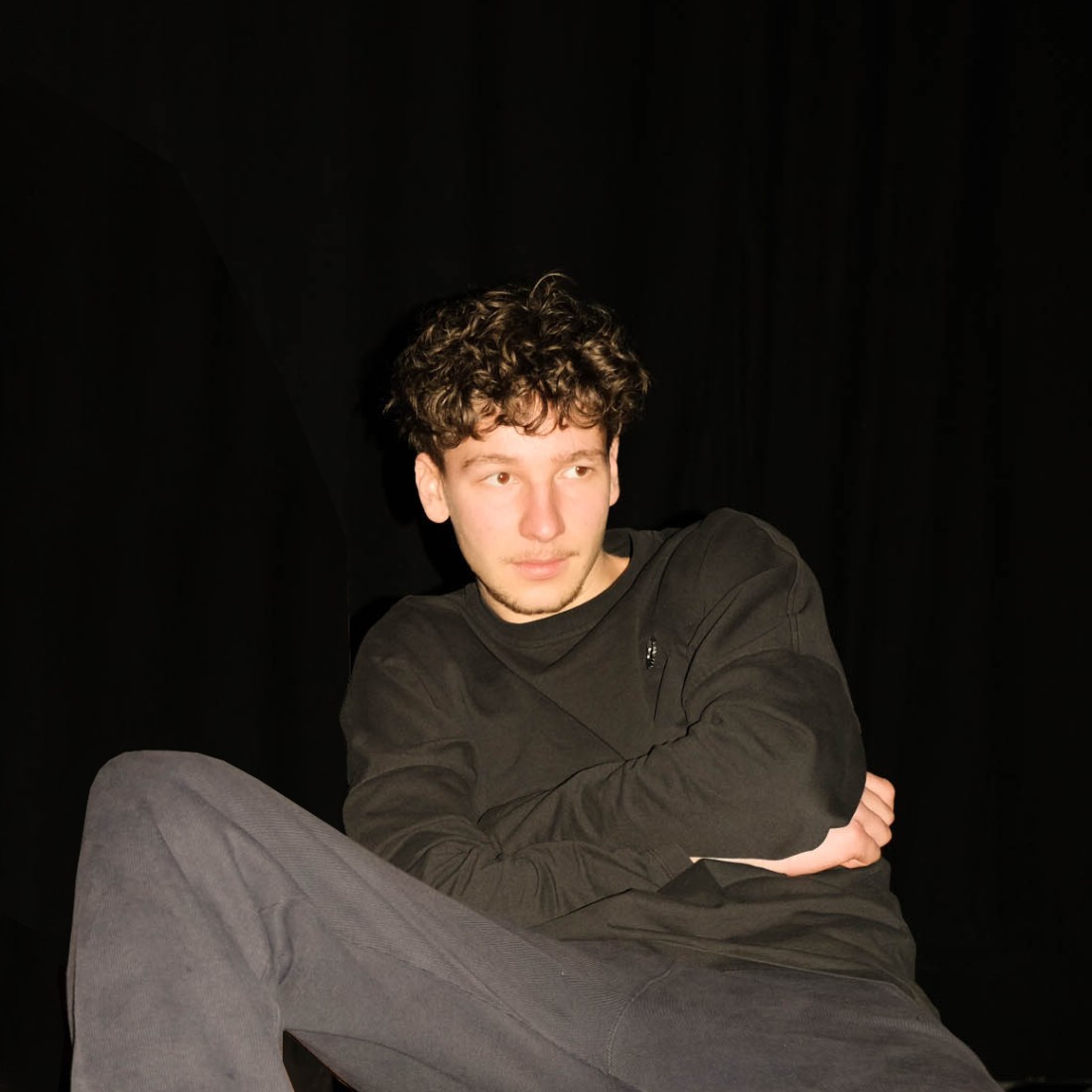 What we see and what we hear in film is not always the same thing. From an effect filled Hollywood blockbuster all the way to Soko Linz, for every film and every television series sounds and sound effects are additionally recorded. In order to do this, various different ways and materials are used in order to get the right sound. In this workshop, we will set out on the search for those missing noises together and step in to the mysterious world of foley artists.

Next to his Tonmeister studies at the University for Performing Arts Vienna, Jón H. Gerfinnsson has participated in various different music, film, theater, and television productions as an original sound engineer, recording engineer, editor, sound designer, and mixing engineer. 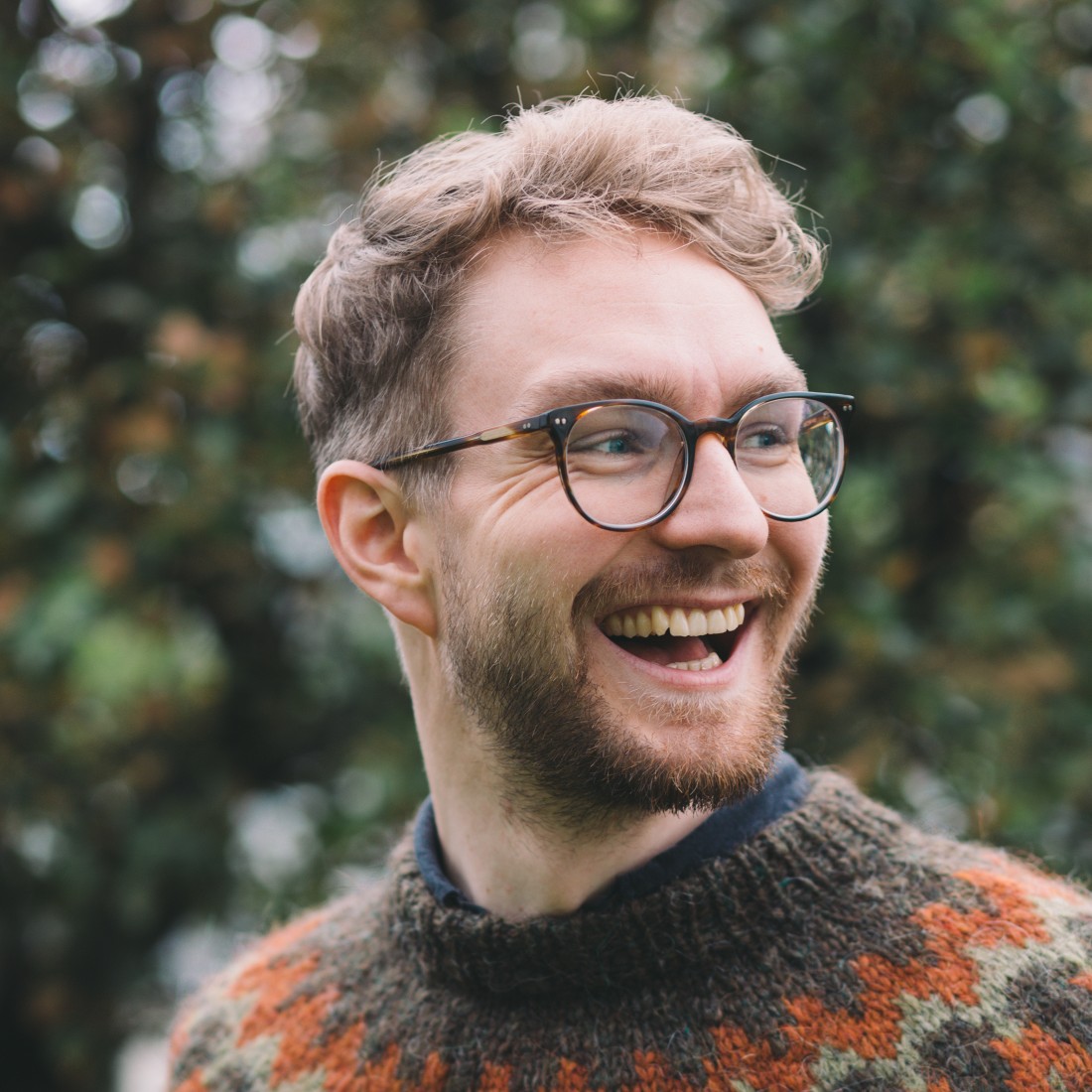 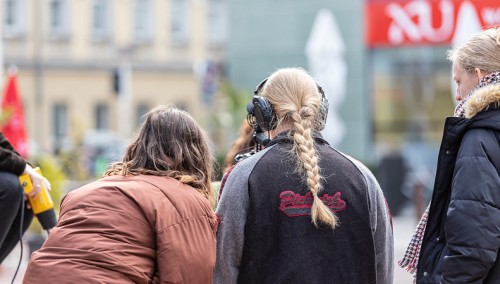 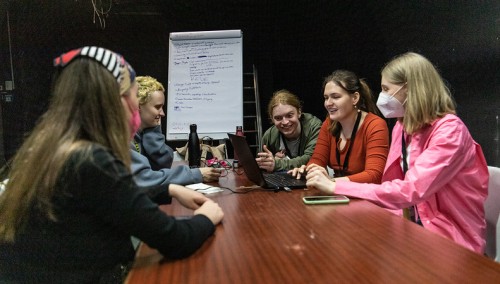 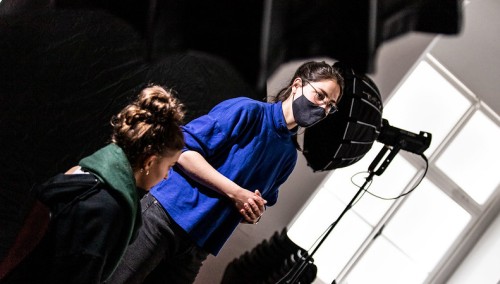 Covid-19
It goes without saying that adhering to the rules and regulations valid at the time of the festival concerning the Covid-19 pandemic is highly important to us during all program sections.