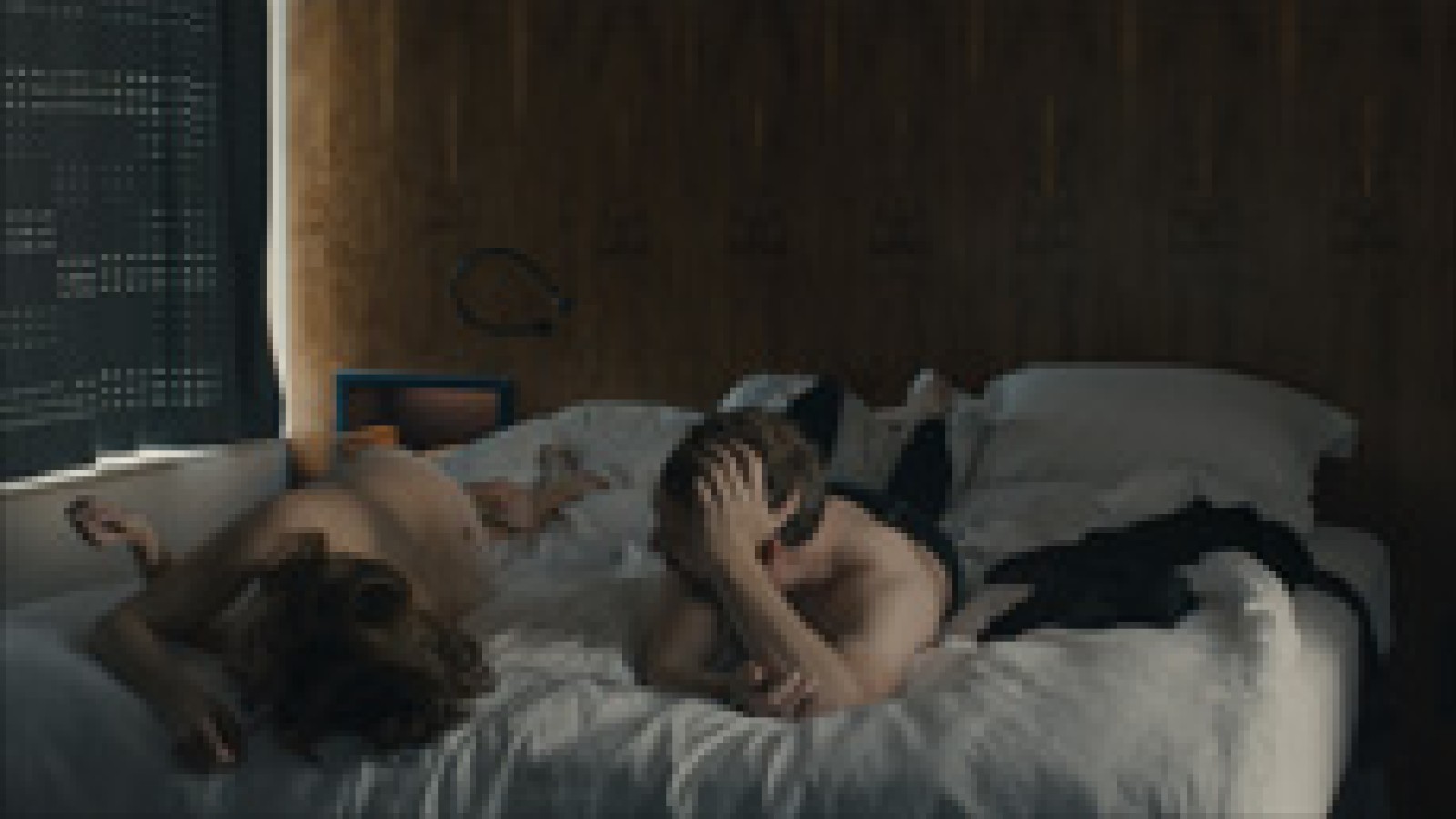 EXHIBITION focuses on a childless middle-aged couple, D and H, who are debating whether to sell their west London home of 18 years. Whereas both of Hogg’s previous features dealt with family frictions taking place overseas, her latest portrays a marital decline within a single domestic dwelling, though this more homely location has its own claustrophobia to deal with. When it premiered in competition at Locarno Film Festival last year, Exhibition seemed at first glance to continue its director’s signature style, but there are also some daring points of departure here. Though Hogg’s regular performer Tom Hiddleston appears in a small cameo, EXHIBITION’s cast is primarily non-professional, following similar experimentations in ARCHIPELAGO – Albertine is the former lead singer of legendary 1970s punk band The Slits, while Gillick is a conceptual artist. Other changes are aesthetic: Hogg expands her visual vocabulary to include extreme high- and low-angle shots, while dream sequences now share space with the director’s otherwise trademark naturalism. A turning point is not a complete rupture, however. Indeed, the tensions between looking outward and inward, and between holding onto something and moving on from it, are big themes here. Tellingly, the most emotionally powerful scenes in the film take place on thresholds, where D and H’s private worlds collide not only with one another, but also with the less private world outside. Hogg’s command of the symbolic is as sharp as ever, and like her characters she too is perhaps looking for ways in which to move forward, in which to brave new territory, while perhaps holding onto something too. In this way, EXHIBITION is a mournful ode to the house in which it was filmed, which was designed and lived in by real-life architect and Hogg’s friend, James Melvin (1912-2012). The film is dedicated to his memory. (Michael Pattison)