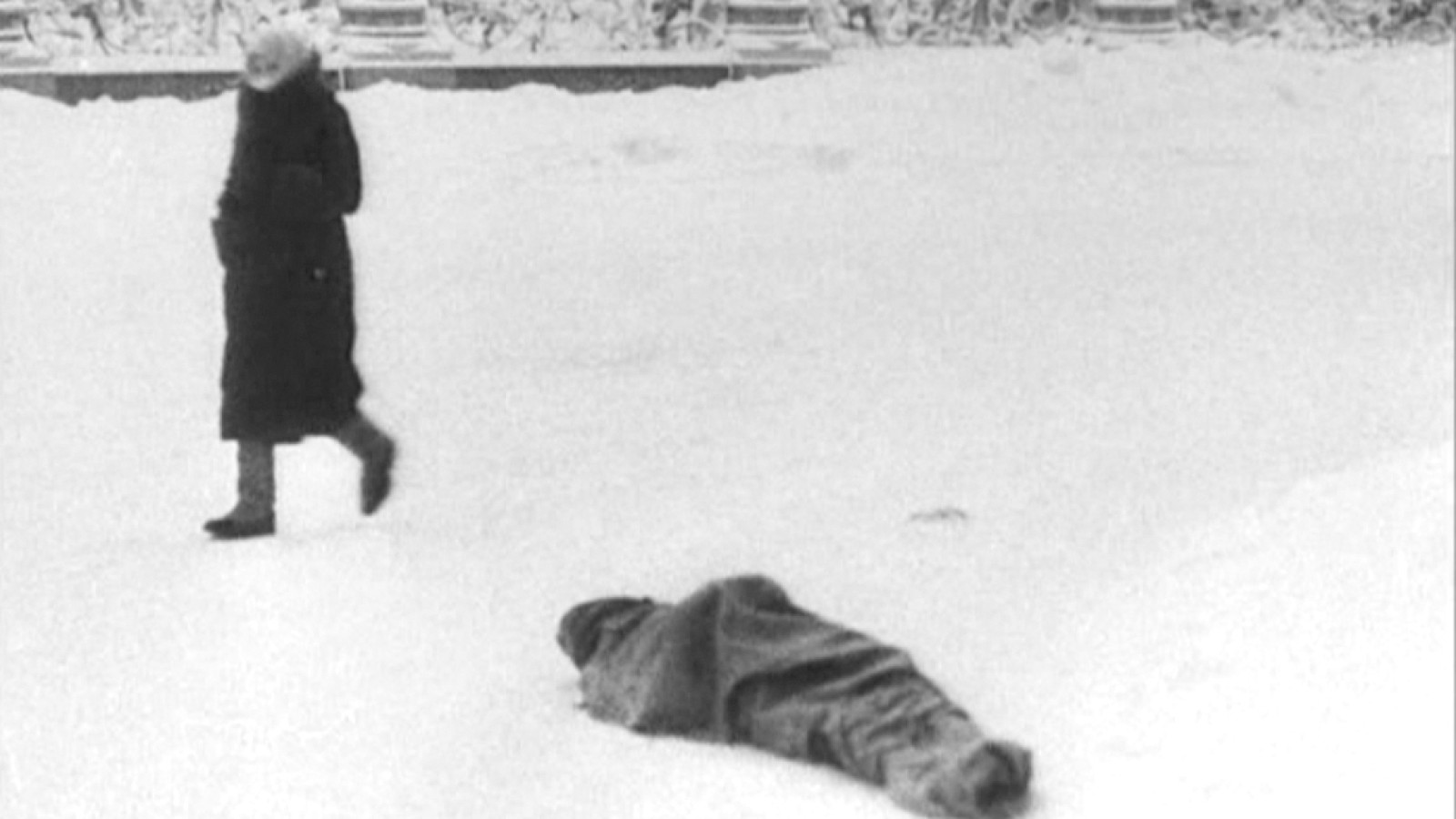 Told without voiceover, explanatory subtitles or any other contextualizing material, the Russian docu BLOCKADE looks unlikely to show up on the History Channel as it stands now. Nevertheless, this absorbing account of the 900-day siege of Leningrad (now St. Petersburg) during WWII, told entirely through re-edited archive footage with freshly made sound, reps poignant viewing as it focuses on the daily lives of the city’s inhabitants. Culled from newsreel material, pic's visuals are grouped thematically to show different aspects of the Leningrad Blockade. Shots of burning and later devastated buildings are backed by a soundtrack of sirens and raging flames. Sounds of soft weeping are matched to imagery of mass graves, which still have power to shock. (Leslie Felperin, Variety)