One of this year’s opening films is dedicated to the renowned Austrian Photographer Elfie Semotan, the director Joerg Burger dedicated a multi-layered cinematographic homage to her with the film ELFIE SEMOTAN, PHOTOGRAPHER - Preview (AT 2019; production: Navigator Film), that will celebrate its world premiere at the opening of CROSSING EUROPE (April 25). Additionally, the solo exhibition STANDING, WAITING (2007/2019) with works by Elfie Semotan, will open at the OK Offenes Kulturhaus – a revival of the eponymous project for the OK exhibition SCHAURAUSCH in the year 2007, that was a precursor to Linz09 and brought art into display windows, shops, and malls in Linz.

As always, CROSSING EUROPE will open with multiple films, which stand as representatives to the diversity of current European film productions, and also showcase a cross section of this year’s program.

The Austrian director and cinematographer Joerg Burger dedicated his new documentary to Elfie Semotan, one of the most sought-after and idiosyncratic fashion photographers in the world ever since the 1980s. Since over half a century the meanwhile 77 year old Semotan has been successfully working in a field where art, fashion, and advertisement photography overlap. Her ingenious visual arrangements have become legendary. Her – partly controversial – body of work is defined by her strong personality and her ongoing resistance to the mainstream.

ELFIE SEMOTAN, PHOTOGRAPHER is not only a homage to a great artist, but also to the passion of photography itself. For several weeks, the film accompanies the photographer, who still enthusiastically creates up to this day, in her work between Vienna, Burgenland and the USA. In an artistic dialogue she reflects upon her work, but also on her field, that is currently in a radical paradigm shift.

Elfie Semotan, born 1941 in Wels, Upper Austria, started her career as a fashion photographer in the 1960s in Vienna, and became highly successful internationally with her photographs for advertisement campaigns and magazines such as Vogue, Elle, Haper’s Bazaar, and The New Yorker. In the 1990s she moved to New York and increasingly began to present her work in an exhibition context. Today she lives in New York, Vienna, and Jennersdorf.

// Director Joerg Burger as well as protagonist Elfie Semotan will both be present in Linz on April 25. Additionally to the film ELFIE SEMOTAN, PHOTOGRAPHER (AT 2019) celebrating its world premiere at the opening, the solo exhibition STANDING, WAITING (2007/2019) with works by Elfie Semotan will also open. //

Ever since the beginning, the OK as a center for contemporary art has been an important event partner and impulse generator for the CROSSING EUROPE film festival. Not only spatially – the Upper Austrian Culture Quarter acts as the festival center – but also in reference to a topical focus there is a lively “visual” dialogue that has enriched the festival for 16 years by now.

This year the OK will participate with the solo exhibition STANDING WAITING (20017/2019), an in-house production that acted as a precursor of the format HÖHENRAUSCH. In 2007, Elfie Semotan made photographs of 24 selected vendors in shops in Linz, and presented them on two meter high light boxes. Those portrayed should not be seen as amateur (advertisement) models, but be understood as “urban people”, according to the artist.

Twelve years later the OK will revive this project with twelve photographs of the STANDING, WAITING series on the occasion of the world premiere of the documentary ELFIE SEMOTAN, PHOTOGRAPHER at CROSSING EUROPE 2019. Elfie Semotan’s photographic homage to the vendors of the city can be seen on the way from the festival center to the cinema hall Movie 1 on the first floor of the OK. 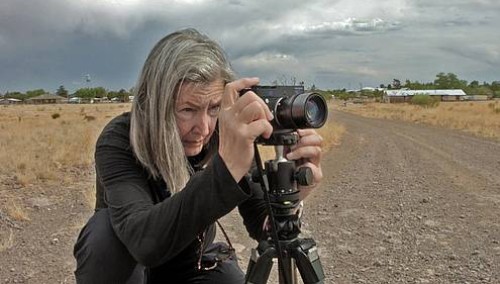 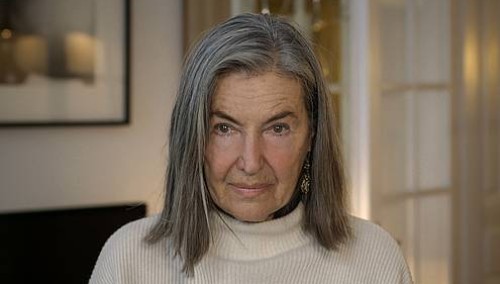 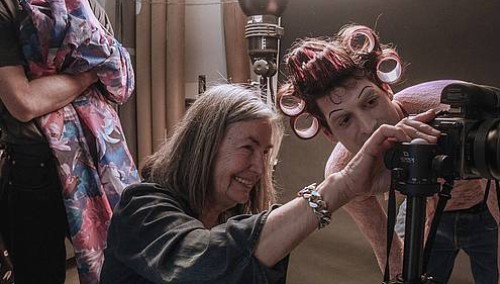