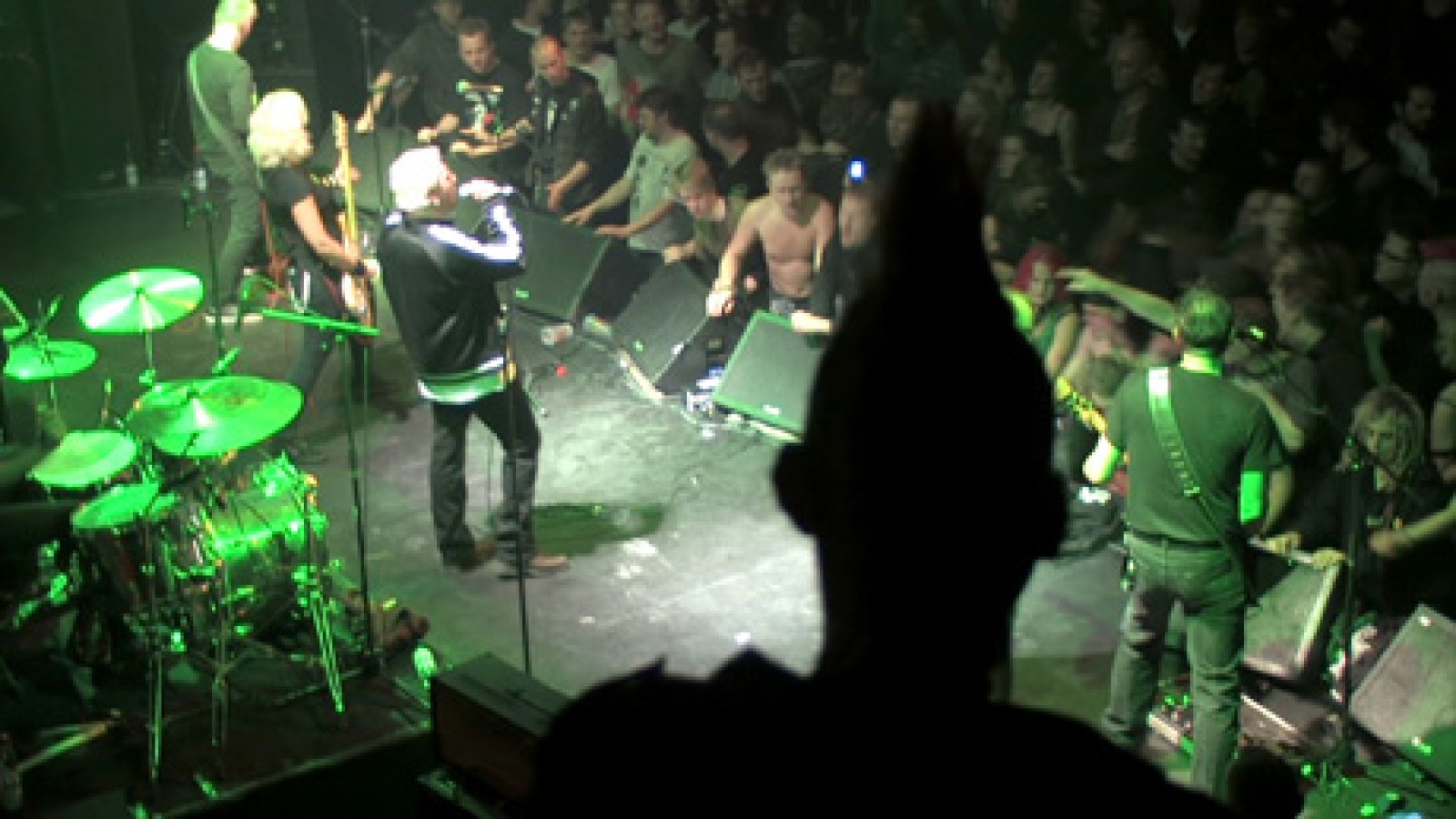 Slime is a German punk band formed in 1979. After a breakup in 1995 they entered the stage again in 2010 after 15 years of abstinence. Back on tour with them is the roadie Erich “Bully” Berger, who is 48 by now and has known the band members since their schooldays. Over the course of 23 gigs in Germany, Austria and Switzerland, Bully captures his thoughts with a voice recorder. What results from this is a rough tour diary which portrays the grueling daily routine between punk nostalgia and philistinism. 1,7 is about an overripe youth culture and at the same time a direct tour film showing the dreary sides of the myth of rock 'n' roll.