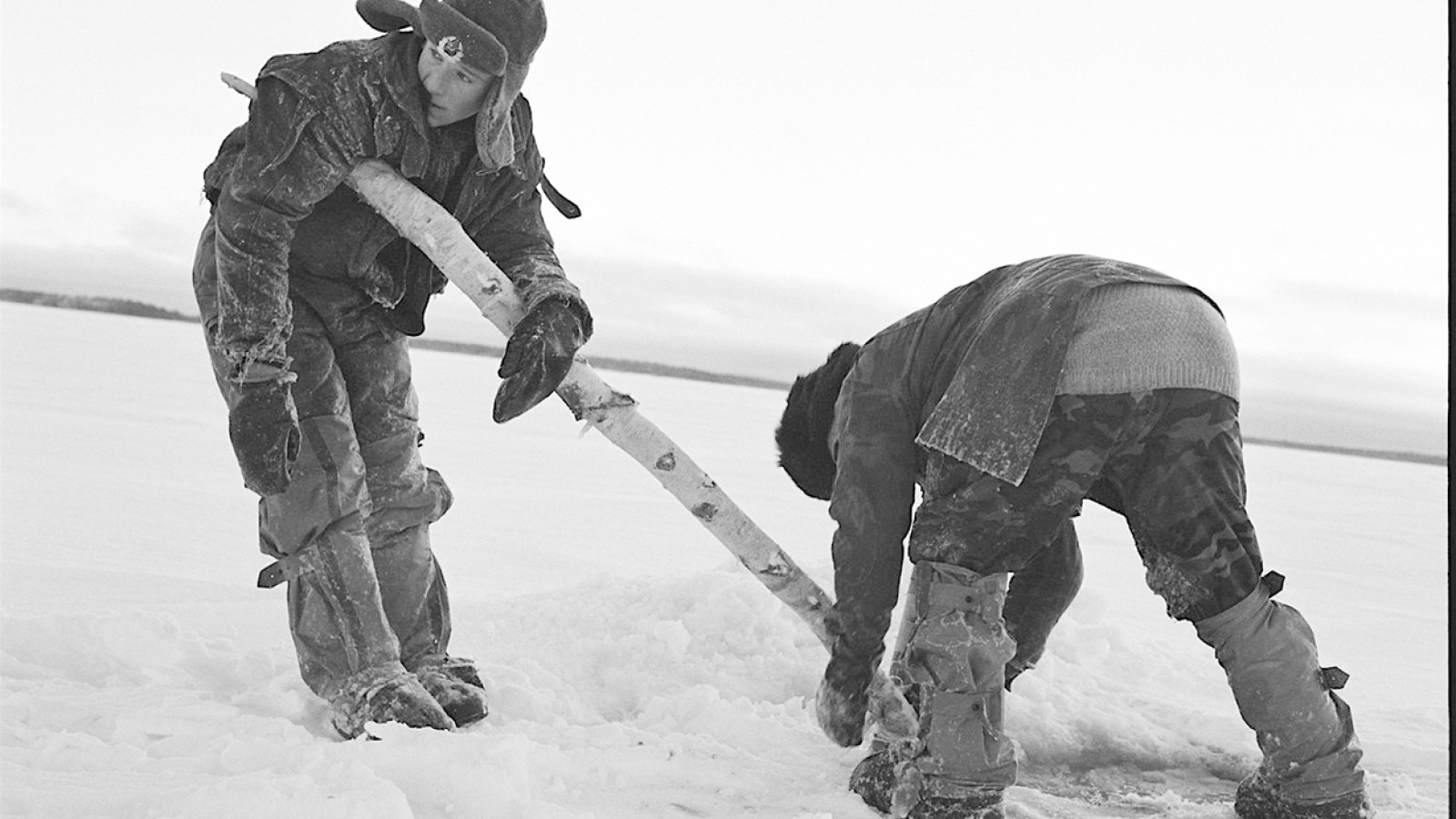 In ARTEL, we follow a group of small black silhouettes on a wide white landscape with a couple of log cabins. Beneath the snow and ice they are walking on, fish are swimming. In any case, the men spend a lot of time dealing with some fishing nets. If they did not use a chainsaw to make a hole in the ice, the film could just as well have been made 80 years ago. The documentary seems to say that life by the sea has always looked like this and it always will. Or is the final shot, when the ice breaks and the water flows, a reference to the old Soviet masters and an optimistic symbol of imminent change in a frozen social situation? (International Documentary Film Festival Amsterdam)