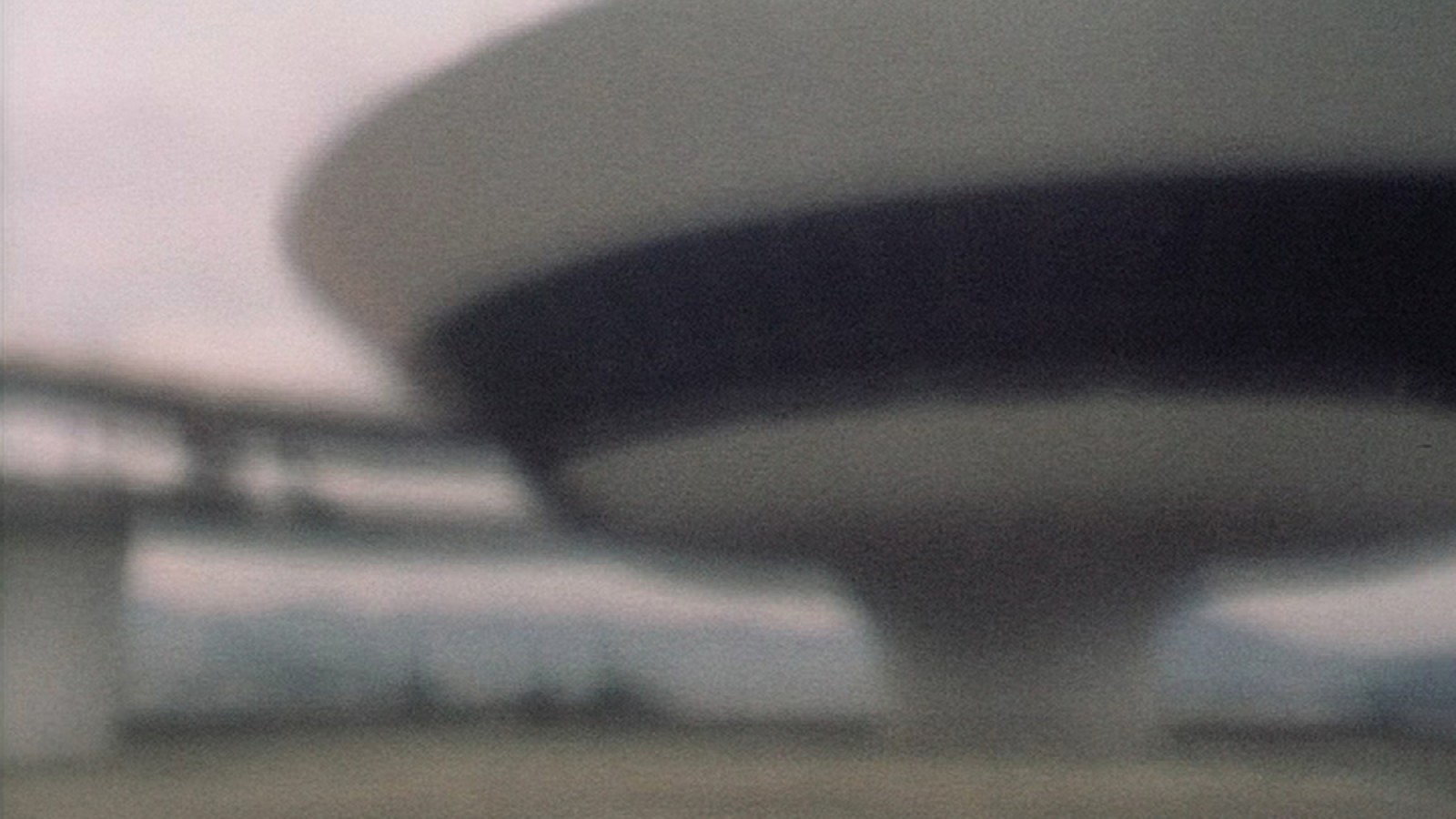 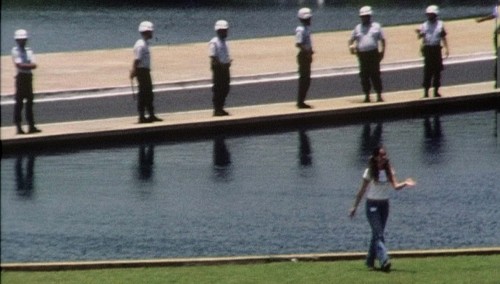 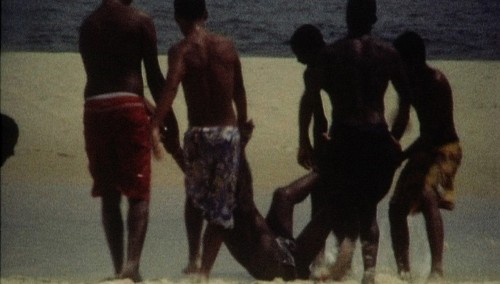 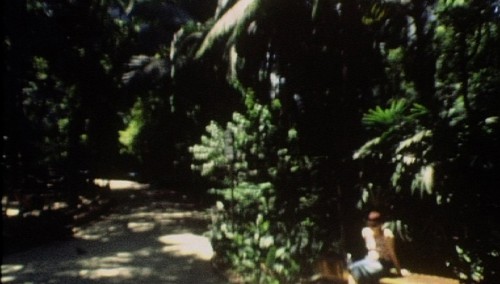 The footage for Brazil starts in Brasilia, the quintessential modern city built by the architect Oscar Niemayer in the 1950s. The city’s grand buildings represent a high point of modernism, but also of social control. Between these buildings, what could look like a student revolt, but could also be an uncontrolled rock concert audience can be seen. Soon the police enters and the image shifts from color to black and white, creating insecurity as to whether the footage is historical or contemporary. (Frankfurter Kunstverein)