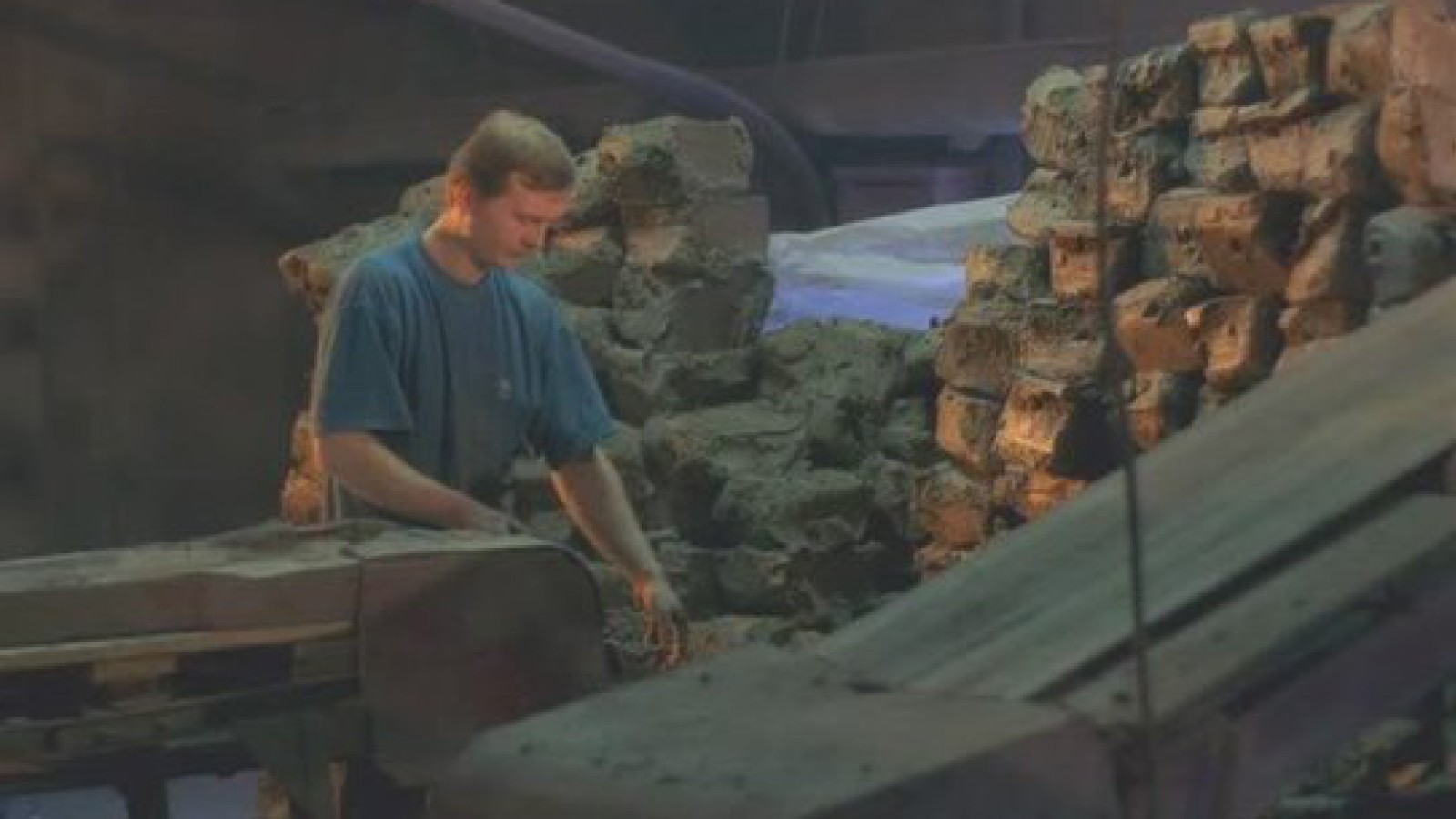 A meticulous study of a steel and clay factory in the Urals, Sergei Loznitsa’s Factory is a captivating meditation on man and machine. Stunningly photographed in rich sacral tones, FACTORY takes the viewer on a visually mesmerizing tour through the belly of an old Soviet industrial plant. In near pitch-dark conditions, male workers toil over fiery blast furnaces, pour molten steel into giant casting ladles, and hammer metal spikes into colossal machines (echoes of Fritz Lang’s Metropolis abound), as their female counterparts in a slightly more hospitable environment operate the assembly lines, endlessly moving clay blocks from one conveyor belt to another.