09.04.2021 // Once again, CROSSING EUROPE devotes itself particularly to contemporary sociopolitical auteur cinema from Europe. Today we would like to present four documentaries that deal with current political topics, reflect social and cultural contexts, and invite audiences to delve into topics of our more recent history and the current state of Europe.

The Romanian director Alexander Nanau has already been represented at CROSSING EUROPE with his earlier film LUMEA VĂZUTĂ DE ION B. / THE WORLD ACCORDING TO ION B. (RO 2009). This year he has returned with his explosive documentary COLECTIV / COLLECTIVE (RO/LU 2019) that takes an unrelenting look at the unparalleled political and corruption scandal in Romania on par with any media thriller. The film has been numerously nominated for such prizes as the LUX-Prize, EE British Academy Film Awards (BAFTA) in the category Documentary and for the Academy Awards (Oscar) in the categories Documentary and Best Foreign Film. In it, Nanau tells the harrowing story of a fire in a club in Bucharest that killed 27 young people due to a lack of security measures, and another 37 people later on succumbed to their injuries because of miserable medical treatment and structural failures.

The current film by CROSSING EUROPE award-winner Vitaly Mansky (awarded for RODNYE / CLOSE RELATIONS in 2017) also deals with politics. Once more, he looks at a “politician of the century” - in 2018 it was Vladimir Putin (SVIDETELI PUTINA / PUTIN’S WITNESSES), and now he casts his eye on no other than the father of Glasnost and Perestroika, Michail Sergejewitsch Gorbatschow in GORBACHEV. HEAVEN (LV/CZ 2020). The film cautiously deals with the great statesman who shaped the world in the twentieth century like no other, yet is by no means undisputed. With the weight of the past on his shoulders, this lonely old man spends the last days of his life in an empty house in a suburb of Moscow.

Among other things, the collapse of the Soviet Union resulted in the independence of the various republics in the Soviet Union, one of which was Belarus in 1991. Ever since 1994, Alexander Lukaschenko is the strong man in the state, his reign is authoritarian, brutal, and repressive. The director with roots in Belarus Aliaksei Paluyan accompanies the members of an underground theater troupe in Minsk in his first full-length documentary COURAGE (DE 2021) who have taken to the streets together with hundreds of thousands of people after the presidential elections in 2020 to demonstrate against the Lukaschenko regime. The film gets very close to the events, and Paluyan manages to show a very personal approach of the demonstrators, who are often faced with grave danger and still show great courage for their right to freedom.

The Tribute guest from the year 2016 Helena Třeštíková returns to Linz with her documentary film ANNY (CZ 2020). In her current work the Czech director remains loyal to her modus operandi: She accompanies “normal” people over years and decades and thereby manages to connect individual fates with a greater arch in history. Between the years 1996 and 2012, she repeatedly meets her protagonist Anny, and thereby gives audiences a look behind the scenes as a sex worker on the streets of Prague, as a lavatory attendant, and as a grandmother.

| An overview of the four films | 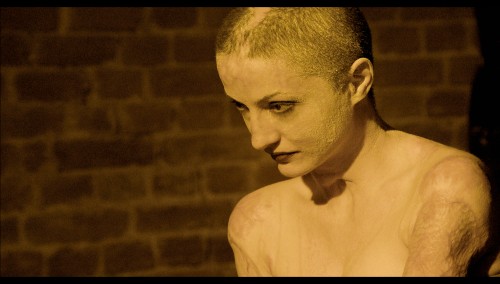 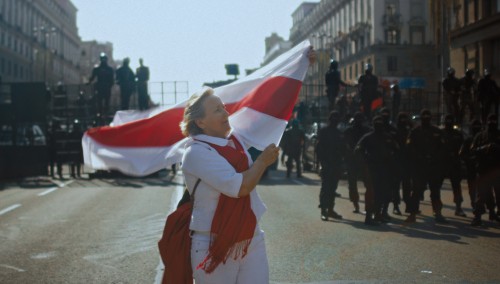 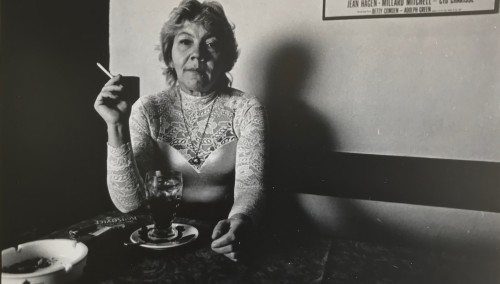 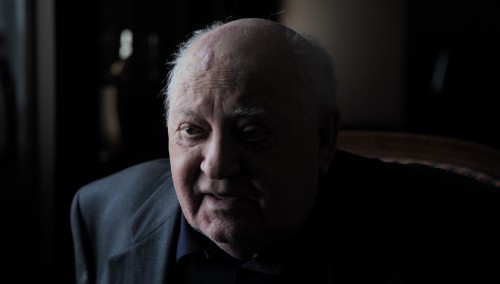