This year the CROSSING EUROPE tribute section is dedicated to the Slovakian director and producer Ivan Ostrochovský (*1972). Over the course of the festival we will show seven films (in six different programs) in which he was involved as either a director and/or producer on the silver screen. Ivan Ostrochovský will be present at the festival (so long as the rules and regulation concerning the Covid-19 pandemic allow for travel from neighboring countries). He will be accompanied by his long-standing colleague and co-producer Katarina Tomkova (Punkchart Films).

Already in 2013 the feature film Ž DO MESTA AŠ / MADE IN ASH (directed by Iveta Grófová) that he produced was shown in the competition section of CROSSING EUROPE. His latest production SERVANTS / SLUŽOBNÍCI, that had its world premiere at the Berlinale 2020, will be celebrating its Austrian premiere in Linz. Here is a list of the films of this year’s tribute:

Ivan Ostrochovský was born in 1972 in Žilina, Slovakia. After completing his studies in documentary filmmaking at the Academy for Performing Arts Bratislava and a postgraduate degree at the Academy of Arts Basnká Bystrica, he has been active as a director, producer, screen writer, and camera person in the field of film and television for over ten years. He is co-owner and producer of the two production companies sentimentalfilm (2004) and Punkchart Films (2009).

Being a producer is the only possibility for me to make films the way I want to make them. In truth, it is a necessity. I do not believe that it would be possible to find a producer who still has their wits about them who would approve of the way I make films. That means that I shoot the entire film in a “raw version” first, and then I shoot the entire film a second time. Ivan Ostrochovský, www.aic.sk, February 2020

“With his documentary debut ZAMATOVÍ TERORISTI (SK, CZ, HR 2013, co directed by Péter Kerekes and Pavol Pekarčík) he made a name for himself on the international stage for the first time. As a director who can find aspects of feature film in documentaries and documentary aspects in feature films, he likes to experiment with genres and expectations. Added to this, his award-winning feature film debut KOZA (SK, CZ 2015) breaks with conventional story telling. His noteworthy feature film SERVANTS (SK, RO, CZ, IE 2020), which had its world premiere in the competition section “Encounters” of the Berlinale 2020, seems to mark Ostrochovský’s arrival in the fictional genre.” (Nicole Kandioler, film scholar) 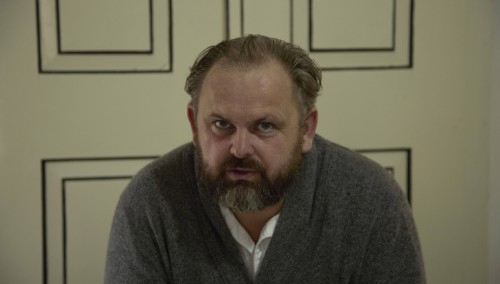 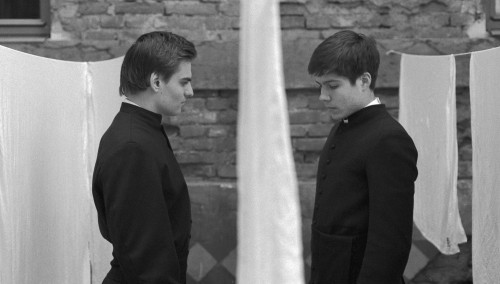 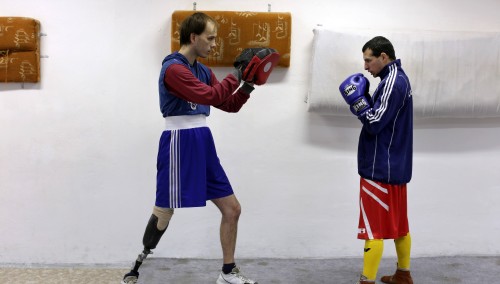 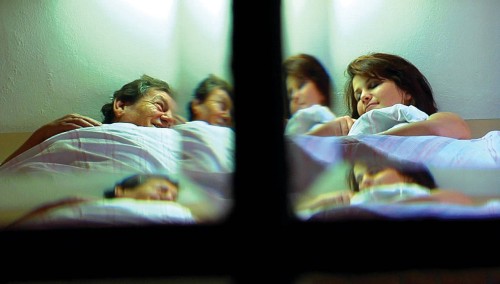