Marcus Recha, born in 1970 in l‘Hospitalet de Llobregat, a workingclass suburb of Barcelona. With his first camera, a Super-8 that was given to him, between 1984 and 1988 Recha made a series of fourteen films. In 1988 he directed his first short on 35mm, EL DARRER INSTANT, which was selected for the Biennal‘89 Jovenes Creadores Europeos in Barcelona, as well as for the Muestra de Cortometrages de Festival des Cines in Alcala de Henares, where most of his subsequent films have also been screened. On a foreign scholarship granted by the Culture Department of the Catalan government he went to Paris at the age of 18 to work as an assistant to the director Marcel Hanoun on the film OTAGE (1988). Recha has produced all his own short films as well as of the film by his co-writer, Joaquim Ojeda, TOUT À LA FRANÇAISE (1990). Two years later, he made his first feature film, EL CIELO SUBE, which won a prize at Locarno in 1992. The filmmaker‘s reputation was further enhanced by PAU I EL SEU GERMÀ, screened at the Cannes Festival in 2001. His fourth feature, LES MANS BUIDES, was screened in the section ”Un Certain Regard“ in 2003.

The work of Marc Recha, comprising numerous short films and five feature films, is like a creative continuum. A journey not devoid of turns and breaks yet coherent in the search for formulas with which to present a dialogue between man and his natural environment, always determined to capture physical traces to give shape to the transience of feelings and emotions. Within this open dialectics, the films of the Catalan director, in which the exploration of the landscape is used as a narrative tool, are obsessively driven by the search for what is hidden behind the visible reality. In the gap between the visible and the invisible, his films are thus inhabited by ghostlike appearances, travellers and meandering characters. And on this journey through landscapes, bodies and memories, the figure of chance makes a strong appearance, as part of the mystery linked with reality, as well as a force which influences the course of events and turns into the motor of the story. Using silence as the main form of expression and skirting the border between documentary and fiction, Recha adds a melancholic note to his films, an enigmatic profile, a proclivity toward the uncertain, giving a brilliant cinematographic form to the display of his doubts and conflicts.

Born in 1970 in Barcelona‘s suburb L‘Hospitalet, Marc Recha grew up with his mother and siblings. With a wealth of artistic stimuli surrounding him, he took an early interest in cinema. During his childhood, the family lived for some time in a rural commune, an experience which would define Recha‘s fascination for the rural world as well as his political thinking, which was consolidated by a progressive education model, heritage of the Republic before Franco. Feeling close to libertarian anarchist positions, Recha advocates the recovery of a more humanistic social system. This rejection towards the rules of the contemporary socio-political game has driven him to make films about people on the run – some of them uprooted – who escape from the traumas and disorders of urban life.

Moving to Paris in 1987, Recha pursued some of the myths of his intense love for the cinema, which he developed in the cinematheque of Barcelona. There he met the filmmaker Marcel Hanoun, with whom he worked on the film OTAGE (1987) and who supported him during his precarious time in Paris. Back in Spain, he returned to directing short films. An autodidact, Recha began experimenting with Super-8 films, and in 1988 moved on to 35mm, a format which he also used for his first feature, EL CIELO SUBE (Heaven Rises, 1991), which he shot with a team formed during his period as a director of short films. It was Joaquín Ojeda, an editor and scriptwriter he frequently works with, who gave him the text of „Oceanografía del tedio“ by the Catalan writer Eugeni D‘Ors, which the film is based on.

Experimental in its approach and set on the principles of fiction, the film is an essay on narrative suspension: the story about the three-hour „siesta“ which the protagonist spends lying in a hammock in the garden of a health resort. Hermetic and formalistic, without dialogues, in black and white (with the negative manipulated to create an effect of „primitive“ cinema), and under the omnipresence of a voice-over reciting verbatim the text of D‘Ors, the film builds on the aggressive tension between the physical inactivity and the mental hyperactivity of its protagonist. This dialectics extends to two female characters, one representing intellectual beauty (the inner world), the other the entirely physical and sensual presence (the outer world). The film picks up the stylistic and thematic elements of Recha‘s short films: a reflection on the passing of time, close-up shots, jump cuts, an abstraction based on the recording of the physical, an expressionist sound design, and nature as yet another action character.

With L‘ARBRE DE LES CIRERES (The Cherry Tree), shot in 1998, Recha demonstrates his ability to further develop his stylistic range. This involves a clear turn toward a realism of naturalistic inspiration, taking up the legacy of great filmmakers of the likes of Rossellini or Eustache, which will also become his distinctive trademark. Maintaining a notably contemplative mind, the Catalan director works with lethargic tempos and quiet images, and takes on the delicate task of constructing his characters with careful indeterminacy. His next work is called PAU I EL SEU GERMÀ (Pau and His Brother, 2001), in which the physical manifestation of absence takes the absolute leading role in the search for the last signs of life of a dead young man (suicide) by his family. This film exhibits Recha‘s obsessive fixation on the faces of his actors as well as on the emotional instability of the story, an element which connects him with the legacy of John Cassavetes. On the other hand, the director establishes a working method which favours the opening of the story toward events of the real world. Shooting the film in chronological order, Recha deprives the story of everything that could alter its naturalness. This strategy finds its best expression in his next film, LES MANS BUIDES (Where is Madame Catherine?, 2003), in which the initial approach of the director (a vaudeville-like comedy of intrigue) is thwarted by the intense presence of the landscape. The tension between the exuberant and dynamic narration and the austere and concise setting shifts the film, which seems to be a strange approximation to THE TROUBLE WITH HARRY (1955) by Hitchcock, to a tangled story set in the border region (between Spain and France). Linguistic entanglements add up to those of different models of life which meet in a real geographic enclave. A chaos which shakes the foundations of fiction, gives a lot of leeway to the actors, and draws the presence of chance into the story.

During the last stage of his journey to date, Recha produced his most important film. This masterwork combines his most productive creative paths, already explored in his previous work. DIES D‘AGOST (August Days, 2006) is influenced by the „autobiographical fiction“ genre from the works of Josep Pla, the most relevant prose writer of contemporary Catalan literature, a subgenre which Joaquim Jordá, one of Recha‘s main mentors, explored in depth in his films. The film tells of a journey through the Catalonian heartland, along the river Ebro. Retracing the life of the late anarchist journalist Ramón Barnils, the story links the love of two brothers (impersonated by Marc and his twin brother, David Recha) with the historical memory of the libertarian republican values shattered by the outbreak of the civil war. The film also reflects on the physical void remaining after death, an absence which Recha projects on spectral images of the natural world. In the course of this journey, a conglomerate of coexisting genres takes shape, including elements of the road movie, film essay, fantasy (by means of captivating sound textures), adventure film, Western (with its gloomy antiheroes close to the imagery of Sam Peckinpah), and the cinematographic fable, held together by a voice-over narration which, along with the spo-  radically symphonic editing, refers to the films of Terrence Malick. DIES D‘AGOST is also a film portraying its own creation process, about how a certain state of frustration (Recha‘s incapacity to rid himself of the ghosts of Barnils) can turn into cinematographic form. Actively contributing to the debate about the limits of contemporary cinema, the work of Marc Recha must be appreciated in its entirety, as a restless search for a filmic expression, which comprises a political (libertarian) and moral (humanistic) view of the world as well as an evolutionary and changing interpretation of film art.

Translated from Spanish by Barbara Maya. 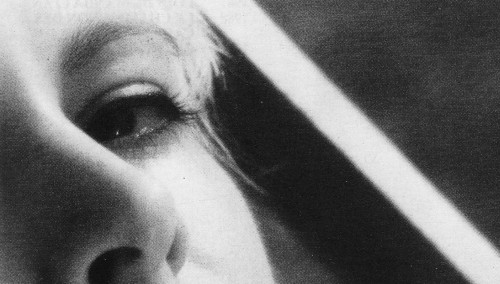 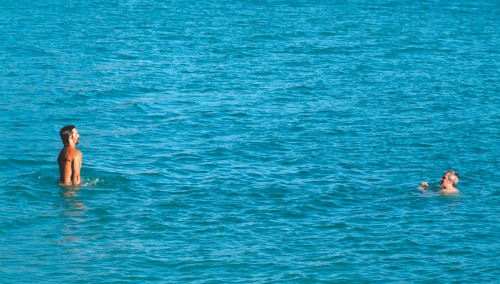 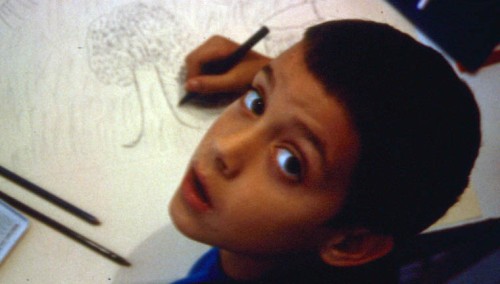 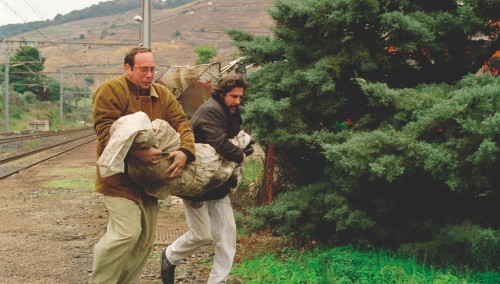 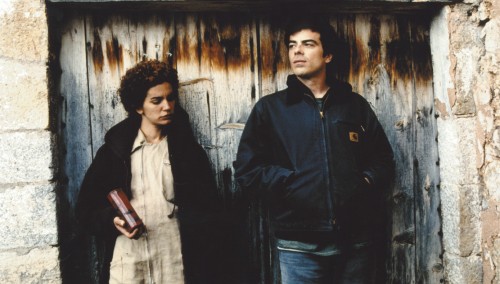