At the YAAAS! Workshoprally on 2 June you will get the chance to participate in two workshops from 9:00 to 11:00 & 12:00 to 14:00 on the following topics. The workshops will take place in various locations around Linz this year – due to the current situation we can only admit 10 to 12 people per group from school class. Participation is free of charge this year, and you can register at .

Covid-19 Update: The Covid-19 pandemic poses great challenges to all of us. The festival planning for CROSSING EUROPE 2021, which also includes the YAAAS! Youth Program, already now includes the consideration of possible eventualities. It goes without saying that all parts of the program and planned festival activities are to be in compliance with all regulations for the containment of Covid-19 valid at the time. 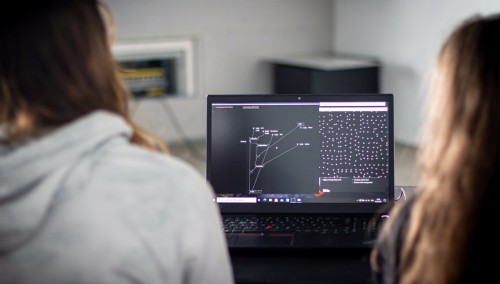 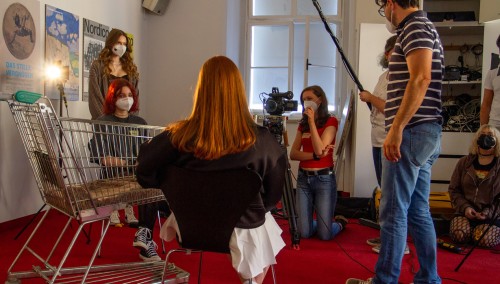 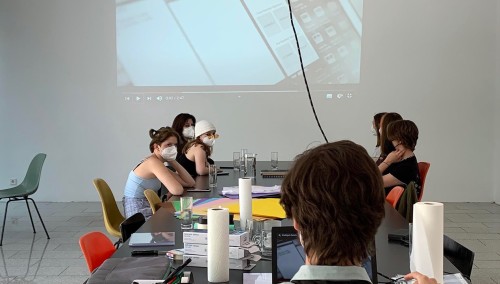 In this workshop held by Reinhard Zach, rhythms and sounds you create by yourself will be recorded and made into songs. A short introduction into the world of beatboxing, as well as simple recording techniques will give you the tools for your first compositions. With the help of the right mixing technique and digital effects every song will get its very own final touches. The goal is that every group records their own album. 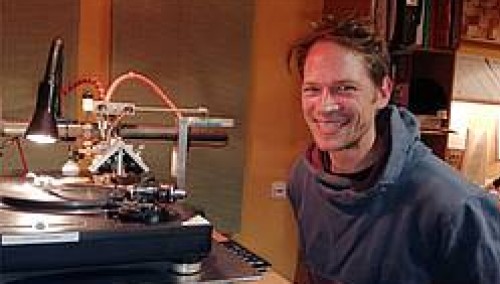 Workshop #2 „Film Visions – Film Realities, the journey from reading a script to creating visuals with production design and costume”

Monika Buttinger and Julia Oberndorfinger will show you the interplay of various film professions with a focus on production design and costume with concrete examples.

In the mainly theoretical first part you will accustom yourself with the main terms of the profession based on film excerpts and photos, and gain practical tips for professional orientation.

In the practical second part you will get a short introduction to your very own moodboard based on a selected scene from a script. At the end you will get a direct comparison (film visions and film realities) with a real example of the artistic range and design possibilities.

Monika Buttinger (“Der Boden unter den Füßen”) is a costume designer, and Jualia Oberdorfinger (“Gipsy Queen”) is a production designer, both of whom are active in film and television. Together they have worked on the production and costume design for multiple films: “Das Pferd auf dem Balkon”, “Cops”, “Die Niere”, and my others.

Do you want to know how to create your own computer animations that change according to music or that react to interaction (like in a video game)? In the workshop by Rosi Grillmair you will be given an insight into the software vvvv and learn how to create such animations and graphics. We will program the workshop in a visual manner, there no previous experience is necessary, and a joy for experimentation is welcomed!

Examples for real-time animation that react to sound:
https://www.youtube.com/watch?v=OXYXn-oGvKA&list=PLYx6pKFXZBD31yxZRyScjZwe-ofCyDevn

Steven Soderbergh did it. So did Bentley. Films and advertisements that were filmed using only a smart phone. But how to work with film with only the smallest amount of tools, reduced to only your own smart phone? In a world of continually improving smart phones, Manuel Diepold will answer this question with you. The focus will be both on camera work as well as cutting techniques directly on your smartphone.

Together with David Panhofer, Manuel Diepold is a freelance camera man and filmmaker. He teaches Multimedia at the BORG Grieskirchen.

Workshop #5 „“ without all the bells and whistles”

In this workshop with Bertram Verdezoto Galeas you will have the chance to work with a large professional camera. You will learn what to look out for in order to achieve the best possible outcome in difficult situations, as well as the basics that you absolutely have to know.

From his years of experience, as well as his current studies to teach media design and visual art Bertram Verdezoto Galeas knows the best tips and tricks in order to get a handle on every situation quickly and easily: “without all the bells and whistles”

PS: Bring your own camera, so you can compare it to a professional camera!