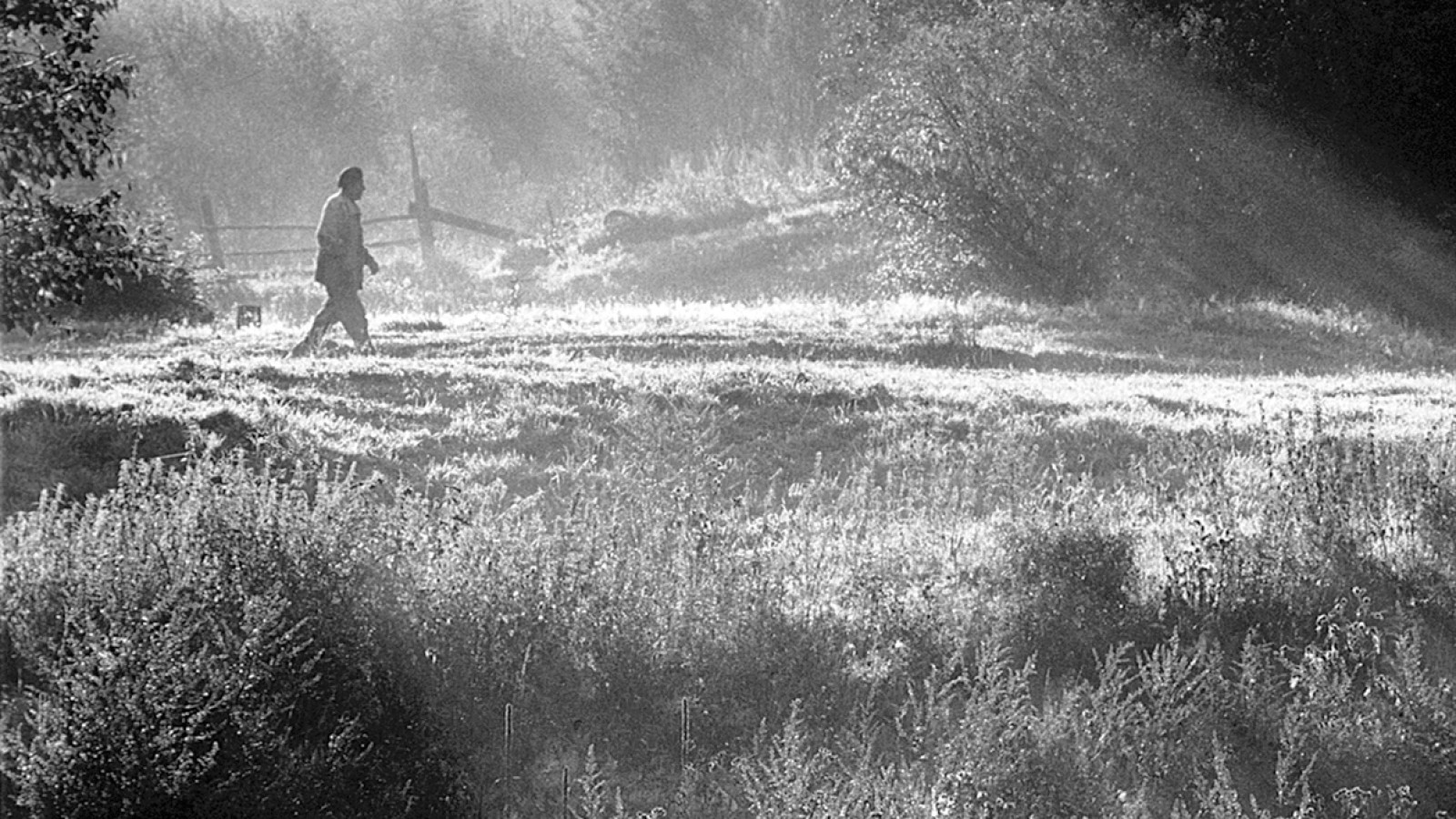 A master of detailed, minimalist observation, Loznitsa introduces us to a rural settlement where the residents are seemingly involved in everyday farm work – harvesting fields, chopping wood, working at a sawmill, maintaining the property. Yet as we watch the workers, we notice strange inconsistencies in their routines – the wood never appears to be cut, the grain never harvested – and it soon becomes apparent that what we are witnessing is neither a farm nor some sort of labor commune. Gradually, we come to understand the workers, are in fact, patients. Their daily chores, though earnestly performed, serve only therapeutic purposes.