// The festival had to be cancelled due to the COVID-19 pandemic. //
// Alternative measures for the festival will be announced at a later date. //
// The program planned for 2020 will be published online on April 8th for documentation purposes. //

This year’s opening film extravaganza is spearheaded by the current feature film ADULTS IN THE ROOM by the legendary director Costa-Gavras on 21 April. The world premiere of SURVIVING GUSEN commemorates three survivors of the Nazi extermination camp in Gusen, near Linz, and the opener for the Night Sight will be the psychodrama PELIKAN BLOOD with a star-studded cast including Nina Hoss. The Tribute to VALIE EXPORT will be opened with her feature film THE PRACTICE OF LOVE, and with the film AUTOBAHN the section Architecture and Society will cast light on the topic of mobility in today’s society.

As is fitting for the 25th anniversary of the Austrian membership of the European Union, CROSSING EUROPE will present the current work of the legendary director Costa-Gavras, who has been awarded a slew of prizes particularly for his politically engaged films throughout his career spanning over sixty years (Academy Awards, BAFTAs, Césars, Golden Bears, Golden Palms, among others). ADULTS IN THE ROOM celebrated its world premiere at the international film festival in Venice and brings one of the harshest phases of more recent EU-history onto the silver screen. In a mix of satire and Greek tragedy, the film shows the Greek government debt crisis, and the highly questionable “rescue” of the country by various partners in the Eurozone, based on the eponymous book by Yanis Varoufakis. The film deals with the nerve-racking negotiations that Varoufakis led with representatives of the European Central Bank and ministers of the Eurogroup after prime minister Alexis Tsipras led the SYRIZA party to victory in 2015. Costa-Gavras clearly shows the dilemma the Greek government found itself in during that time, and the drastic results that followed for the country in his claustrophobic chamber play.

Ever since the beginning of the festival, the program section Local Artists has always presented works that deal with (Upper) Austrian contemporary history. 75 years after the end of the Nazi terror regime, the essayist documentary SURVIVING GUSEN honors three survivors of the extermination camp in Gusen, today a settlement of single-family homes stands on the site. 71,000 people were deported to the camp during the national socialist terror regime, and more than half of the people there died due to the catastrophic conditions, abuse and torture, or during their work on the nearby tunnel systems – up until the last days of the war. The seemingly idyllic landscape stands in stark contrast to the memories of the three men, and the sobering book passages, police protocols, and expert reports read by Maria Hofstätter and Peter Simonischek.

This year’s Night Sight opener that celebrated its world premiere as the opening film in the section Orizzonti in Venice, is by the young German director Katrin Gebbe (TORE TANZT, world premiere in Cannes in 2013). PELICAN BLOOD is a film about a woman whose maternal instincts break every boundary imaginable. Wiebke, portrayed by the stunning Nina Hoss, works as a horse trainer, and is the single mother of her nine-year-old adopted daughter. When she adopts a second girl, the five-year-old Raya from Bulgaria, she is initially overjoyed. Yet it soon becomes apparent that Raya has a serious psychological disorder, and her quick-tempered and aggressive behavior throws her entire surroundings off balance. Katrin Gebbe’s second feature film is a parents’ nightmare come to life as a dark psychodrama.

This year’s Tribute section is dedicated to one of the most important representatives of international media, film, and performance art, VALIE EXPORT. On the occasion of her 80th birthday CROSSING EUROPE will show a selection of feature and experimental films from the multi-faceted oeuvre of the artist born in Linz. The Tribute 2020 will be opened by the feature film DIE PRAXIS DER LIEBE / THE PRACTICE OF LOVE (world premiere at the Berlinale competition 1985). The artist implements the aesthetic practices from her video art in a thriller centered around sexual dependence and political corruption. Mediocrity, lies, and violence are the main focal points and are put into practice on the thematic levels of privacy, society, and media with carefully executed stylistic methods from avant-garde video art.

The program section Architecture and Society is centered around the topic of mobility, and the implications it has on society and our surroundings in this year’s edition. As an opener, the German director Daniel Abma will shed light on the concrete results increased transit can have on process and inclusion and exclusion in his documentary long-term observation. Over the span of eight years, he accompanied residents of Bad Oeynhausen during the lengthy process of the completion of a section of high-way, and the consequences that had for the people living there. 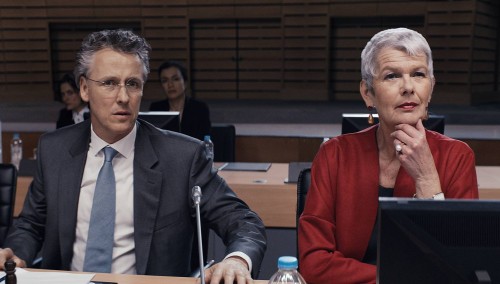 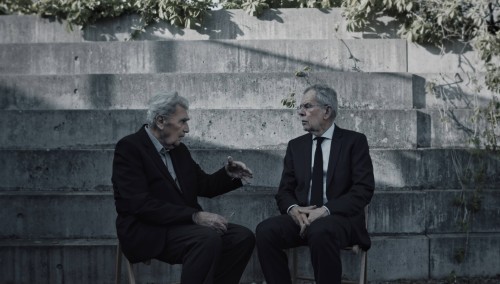 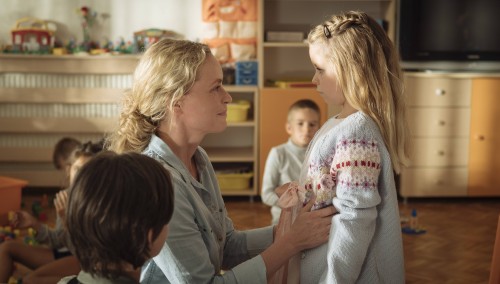 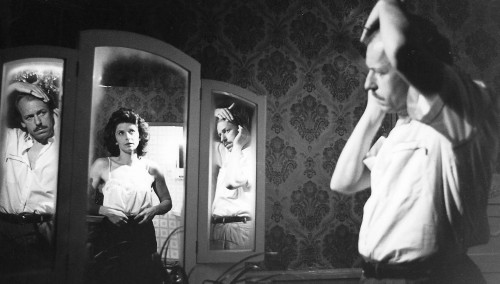 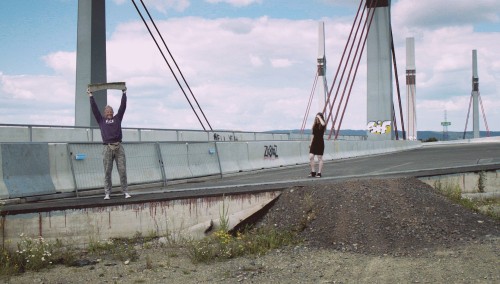