Covid-19-Update: In March 2020 the 17th edition of Crossing Europe Film Festival Linz had to be canceled due to the Covid-19 pandemic. For documentation purposes the program planned for 2020 is published HERE. With "Crossing Europe 2020 - EXTRACTS", Crossing Europe is presenting a multi-part alternative program from April to December 2020 with an online program and a series of physical events in the cinema.

As part of „EXTRACTS: Festivalpremieren im City-Kino“ and „Crossing Europe EXTRACTS goes “ selected titles of this section from the program of the canceled festival edition will be screened. Details HERE.

Following the award winning, Turkish director Yeşim Ustaoğlu, the Romanian producer Ada Solomon, and the Albanian filmmaker and film conservator Iris Elezi, CROSSING EUROPE will shine a light on the works of the independent British filmmaker, screenwriter, cinematographer, and cutter Mark Jenkin in the program section SPOTLIGHT. Mark Jenkin has previously been a guest in Linz when he presented his much-talked-about feature film debut BAIT (GB 2019) in Linz. Additionally he will be part of the jury “Competition Fiction” at CROSSING EUROPE 2020.

Mark Jenkin (*1976) is originally from Cornwall in the south-west of England, where he also lives and works today. Since 1997, he has produced more than fifty short and medium length films, next to his work as an independent filmmaker, he also teaches at the Falmouth University in Cornwall. In 2012 he wrote the “Silent Landscape Dancing Grain 13 Film Manifesto”, in which he outlines the essence of his filmmaking through thirteen rules.

He achieved his international breakthrough in 2019 with his debut feature film BAIT (2019) that had its world premiere at the Berlinale and was shown in Austria for the first time in the competition section at CROSSING EUROPE. In BAIT he draws from previous short films, both on a thematic, as well as on a formal level, such as the location of the story on the coast of Cornwall, and the change in relation to traditional ways of life and work, or the highly noteworthy visual aesthetics in a grainy black-and-white. BAIT was filmed on 16mm film, and the sound was separately added later on – something that is typical for Jenkin’s works – thereby creating a special intensity in its imagery and sound. Critics were highly enthusiastic about the artful way in which the film managed to discuss such a cumbersome topic as gentrification (without losing a sense of humor), the quality newspaper The Guardian hails the film “one of the most decisive British film of the decade”. It is therefore no wonder that the film was nominated in two categories for the prestigious British film prize BAFTA. (Note: Mark Jenkin won the BAFTA 2020 for Best Debut of a British Author and Director for "Bait").

The Spotlight consists of a selection of short films, as well as the feature film debut BAIT (GB 2019). This year’s Spotlight guest Mark Jenkin will also be personally attending the screenings in Linz, as well as in the Austrian Film Museum in Vienna (April 26). Additionally there will be a Spotlight talk at CROSSING EUROPE.

Mark Jenkin suddenly blazed onto the European filmmaking stage in 2019 with Bait, a low-budget drama which premiered to enormous critical and popular acclaim at the Berlinale Forum and nearly a year later was awarded the BAFTA Award for Outstanding Debut by a British Writer or Director.

But this is the kind of seemingly “overnight” success story which has actually been decades in the making. Along with an impressive stack of shorts and mid-lengthers, the prolific Jenkin has four previous hour-plus fictional works to his name – Golden Burn (2002), The Rabbit (2004), The Midnight Drives (2007) and Happy Christmas (2011) – several of which played to warm receptions on the festival circuit. Indeed, the latter’s humanism was directly compared to the work of Jean Renoir by Empire magazine.

Jenkin was, however, eligible for the BAFTA as Bait was his first project to obtain UK theatrical distribution. Born in 1976 and a native of England’s rugged south-western peninsula Cornwall – an ancient, remote land with its own Celtic-influenced language and culture – the writer-director thus seemed to materialise fully formed as an artist with an utterly distinctive and uncompromised analogue sensibility.

On Christmas Day 2012 Jenkin devised and typed out “Silent Landscape Dancing Grain 13” (aka SLDG13) a semi-serious manifesto of 13 rules – including a stipulation that films should be realized “with a minimum of fuss” – which he has scrupulously followed ever since.

“If it’s not hard work and you’re not leaving part of yourself in it then it’s not worth doing in my opinion,” Jenkin has said. “Sometimes I’ll do something with a workflow that is incredibly demanding and time-consuming and the final result may be indistinguishable from how it would have been if I’d taken a more painless modern or digital route  but there is a difference, I don’t always know what it is, maybe it’s imperceptible but it is there and people recognise it and they connect with it. For me it’s bordering on transcendental.”

He shoots with a clockwork Bolex camera on 16mm monochrome film (occasionally colour), which he then hand-develops – reportedly in an antique Bakelite rewind tank – resulting in all manner of glorious imperfections, scratches and “pops.” The soundtracks are added later, and have a deliberately artificial air that magnifies the disorientingly impressionistic stylisation of the visuals.

The results are entirely their own beast, with their own irresistible atmospheres and tactile textures. But they could perhaps be described as a delirious mashup of Murnau, Brecht, Jarman, Cassavetes, Godard, Ben Rivers and fondly-remembered BBC supernatural tales of the sixties and early seventies.

Jenkin – who teaches film-making at Falmouth University in his home county – is thus probably the most singular and distinctive voice to emerge in British narrative cinema since Terence Davies in the late 1980s. Like the Liverpool-born maestro, Jenkin hails from a place and a socio-economic stratum far removed from the London artistic elite. His proudly personal perspective audaciously combines a self-devised aesthetic stance with an acute political sensibility and, crucially, a streak of offbeat, deadpan humour.

From Cornwall to the world!

| The Spotlight 2020 is presented in collaboration with the Austrian Film Museum.| 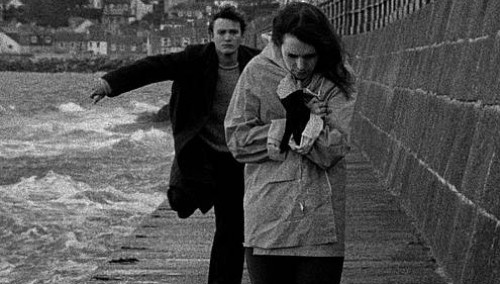 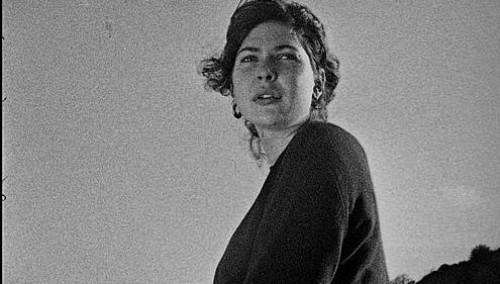